A man in his 20s received CPR after a failed attempt to save a dog. The man died after drowning in the Fraser River near Gladstone Park.

At around 10 PM, a man was heard screaming a few meters from the shore near a trail just off Marine Drive in southeast Vancouver. According to witnesses, the man went into the water to help his dog and drowned. 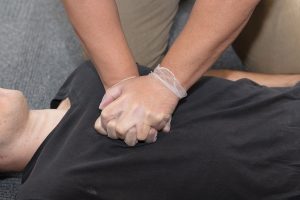 Prompt delivery of cardiopulmonary resuscitation (CPR) can save a life.

Shana Dean stated that they heard screams. The man has going in the water. His dog ran into the water and he is out there.

Boats from the Vancouver Police Department along with the Vancouver Fire and Rescue Services and local tug operators started a search on the river to find the man. His body was recovered around 10:40 PM and CPR was performed but he could not be resuscitated.

The Vancouver Police and B.C. Coroner’s Service are investigating. The identity of the man has been confirmed but will not be released. A spokesperson from the VPD stated that it has not been confirmed whether a dog was at the scene.

Prompt delivery of cardiopulmonary resuscitation (CPR) can save a life. It is an important skill that must be carried out right away to improve the chances of survival.