A woman and a teenager went on camping just outside of Salmon Arm, B.C. They sleep in their tent at around Friday at midnight. It is the first night of a long weekend for camping. The next morning the woman was found dead and the teenager was immediately provided first aid and in critical condition.

According to the police, they believe that the death of the woman was caused by carbon monoxide poisoning from a camp stove. Royal Canadian Mounted Police of Salmon Arm received a call from Sandy Point campground around 10 in the morning Saturday. They found a group of people providing first aid on a teenager and there was a dead woman. The teenager was immediately brought to the hospital for further treatment. 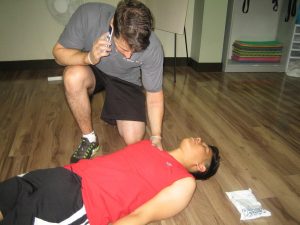 The next morning the woman was found dead and the teenager was immediately provided first aid and in critical condition.

Investigators later found a cooking pot with wood ash inside the tent. This cooking pot is used as a source of heat. There is a possibility that the victims were affected by carbon monoxide poisoning from the burning wood.

The management of the Sandy Point campground stated in an email that they extend their deepest sympathies to the affected families. They also remind all campers to extinguish all cooking flames after they have finished using them to prevent incidents that can happen again in this campground.

The Technical Safety of British Columbia, which is an independent organization that controls all technical equipment in the province. According to them, they advise campers not to bring along fuel-burning appliances inside enclosed areas such as the tents.

Every time fossil fuels are burning which includes cooking on camp stoves and cooking barbecues, it produces an odorless and colorless gas. It is safe as long as the equipment used for cooking is done outside, not in an enclosed area. If there are people and pets are inside an enclosed area with the gas, it is very dangerous and very poisonous.

Carbon monoxide poisoning produces symptoms such as fatigue, nausea, vomiting, light-headedness, chest pains, convulsions, dizziness and confusion. If you see a person showing signs of these symptoms immediately remove the victim from the area, provide first aid and call emergency numbers. The Coroner Service of the British Columbia investigates the incident.