At Whistler Blackcomb, there was an unconscious snowboarder who was later declared dead. He fell in a site at the ski hill which has a difficult terrain.

According to the statement given by the officials of the ski hill, the ski patrol responded to an emergency dispatch call on a 27-year old snowboarder who was unconscious and unresponsive. 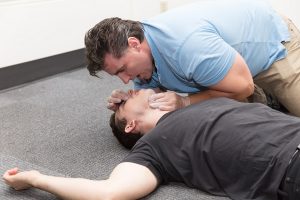 At Whistler Blackcomb, there was an unconscious snowboarder who was later declared dead.

The snowboarder was discovered close to Arthur’s Choice. The area is considered as “gladed” or more dangerous than the normal runs. Oftentimes, it is a region that has thinned-out trees or other potential hazards.

The ski patrol discovered the man around 12:15 PM and took over in delivering CPR from the bystanders. After some time, a support team arrived along with an AED defibrillator but the snowboarder was later declared dead.

In a press release, the Whistler Blackcomb expresses its sincere condolences to the friends, family and colleagues of the snowboarder.

Yesterday, the BC Coroners Service validated that the death of the man was an accident and there was no involvement of an avalanche.